Top gymnasts from Colorado, New Mexico, Wyoming and Utah competed at the Region 9 Men’s gymnastics tournament in Cheyenne, Wyoming on April 6-8, where Robey earned high marks in all his events and the invitation to represent Region 9 at the Men’s Junior Olympic National Championships on May 9-13 in Oklahoma City, Oklahoma.

20 Mile Athletic Center men’s team coach Wes Olivas said Robey’s qualification for Nationals is made more remarkable due to the size of Region 9. “Region 9 is the smallest of all the USAG regions, so the average all-around scores required to compete at Nationals are higher than anywhere else,” according to Olivas. “That makes Gavin’s qualification for the National Championships an even greater accomplishment.”

Robey will be competing for a National title against more than 200 Level 9 gymnasts from across the United States. The USAG’s Men’s Junior Olympic National Championships will see more than 700 elite gymnasts representing all 50 states, vying for top honors in Levels 8, 9 and 10. Competition events will include Floor Exercise, Pommel Horse, Still Rings, Vault, Parallel Bars, and Horizontal Bar.

Gavin Robey is the son of Amy and Scott Robey of Centennial. He is an eighth grade student at Newton Middle School in Littleton, where he holds a 4.0 GPA and is a member of the National Honor Society. Robey began gymnastics in 2013 and trains with the USAG Men’s team at 20 Mile Athletic Center in Parker.

Check out the full Business Q & A right HERE 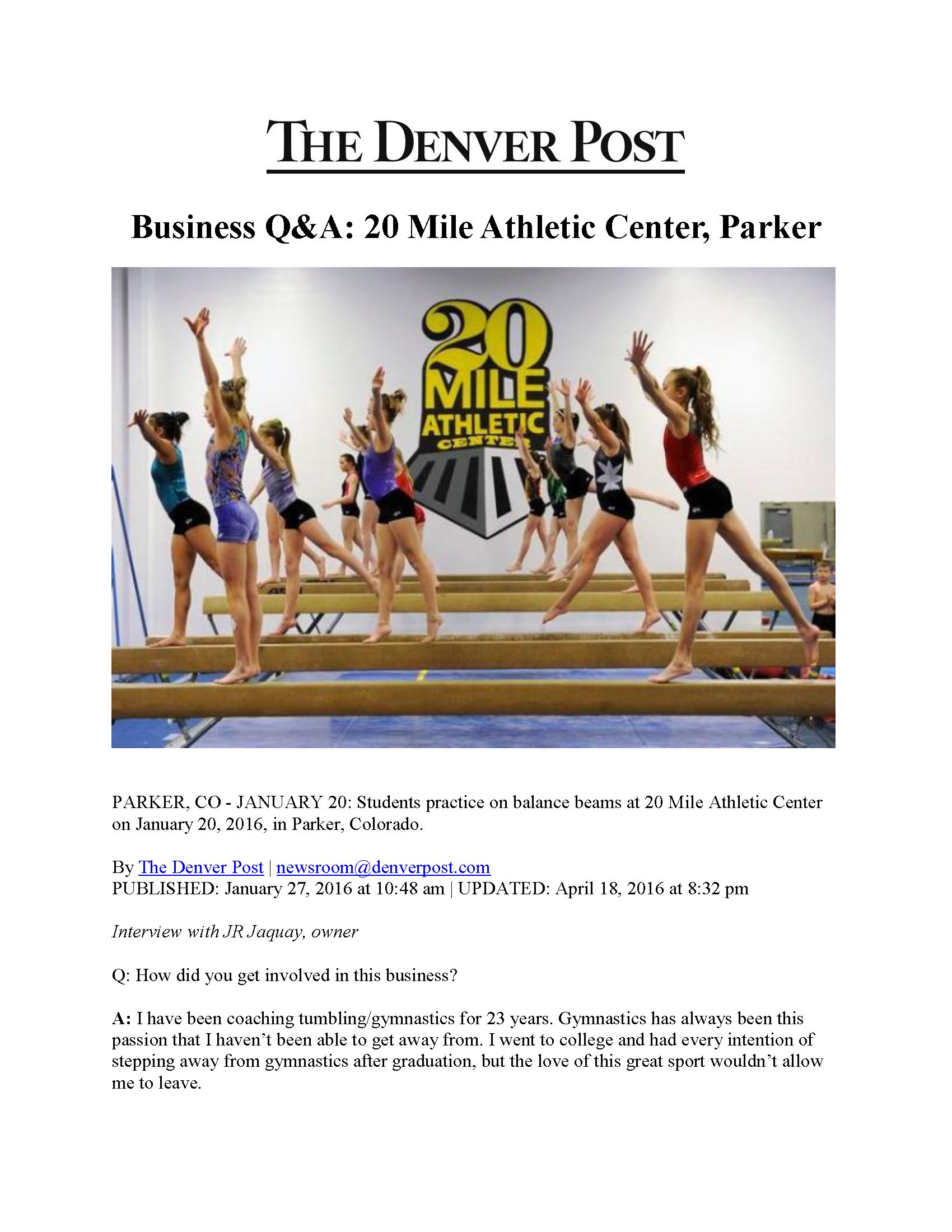